It might be classed as a small island, but there’s no doubt that Djerba is proving to be one of the most popular tourist destinations for those visiting Tunisia.

It’s home to some of the most exquisite beaches around, while it would be fair to say that it offers a completely different experience from what mainland Tunisia provides.

There’s plenty to see, plenty to do, and it’s entirely accessible to anyone who wishes to visit. We’ll now take a look at the island in more detail, for those tourists who wish to broaden their horizons.

As we made a point of making in the introduction to this article, Djerba can be accessed via a number of mediums.

A lot of visitors will choose to fly directly into Djerba-Zarzis Airport, with numerous European carriers offering journeys to this destination. Additionally, for those that are visiting mainland first, there is a Tunisair Express service which runs regularly from the popular Tunis.

However, you don’t have to take to the air to visit Djerba. The bus and train services are frequent, with the former costing less than 27 dinars from the station in Tunis and taking approximately eight hours.

Naturally, this includes a ferry ride, while most services will run during the night-time which can prove to be more appropriate for holidaying purposes. 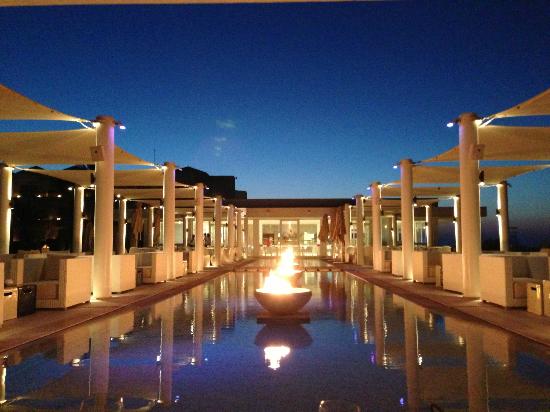 It won’t come as a surprise to read that there are plenty of accommodation options once you arrive in Djerba, ranging from budget solutions to those which just ooze luxury.

If you are not restricted by budget, any one of the establishments along the Zone Touristique is advisable and will make your stay in the area even more fascinating.

In terms of specific recommendations, few would go wrong with a stay at either Hotel Djerba Erriadh or Auberge de Jeunesse.

The former is seen as a quiet, modest building which will be suited to the vast majority of tourists, while Auberge de Jeunesse is actually a youth hostel which prides itself on offering a budget experience at just six dinars per person per night.

Check out the top hotels in Djerba

It would be fair to say that Djerba offers a much different experience to mainland Tunisia. If you venture to the likes of Tunis and other tourist-friendly cities, you will be greeted with an avalanche of tours and expeditions that are enough to take up weeks of your vacation.

Djerba on the other hand is more relaxed and visitors will probably spend most of their stay around the renowned beaches.

Bike hires are also common and it’s for good reason as well, with many travellers opting to cycle around the quaint villages and take in the glorious architecture that the island has to offer.

Djerba offers very much a traditional experience and while it might not hold tours to world-renowned attractions, most visitors are absolutely in their element as they wander around locals and sample the island’s delights.

Check out the top 10 things to do in Djerba

As you will have probably gathered from the previous section, Djerba is more related to the modest attractions in the area. There’s no room for extravagance here, and if you do want to experience “typical Djerba” we’d advise some of the following:

Guellala: This is a village not to be missed, for it’s one of the most beautiful around and also happens to boast some of its own, proud history. Pottery has been made around these parts since the Ancient Roman era and as well as sampling some of this; Guellala is positioned perfectly to bask in the glorious sunsets that set over the region.

Djerba Explore: This is probably one of the more exuberant attractions in the area, with Djerba Explore being classed as the largest Mediterranean Crocodile farm.

The fact that hundreds of creatures have arrived over the Nile over the last two decades says everything you need to know about its reputation and for just twelve dinars, it’s a must-see area.

Ras Rmel: This is another attraction that focusses around nature; although this time it surrounds Flamingos. Ras Rmel is actually a separate island, meaning that part of the journey involves a boat, although the sights are second to none.

Lunch is usually served and for twenty dinars for around six hours, it’s another fabulous way to spend a day in Djerba. 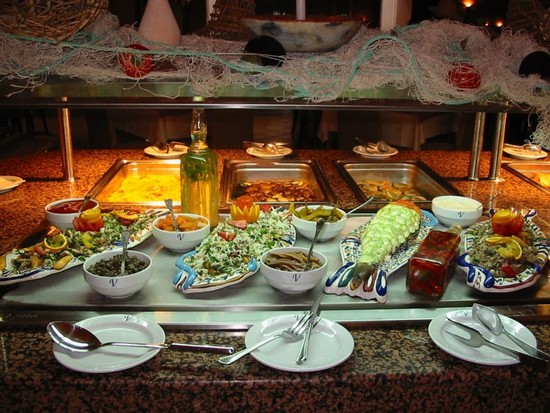 It doesn’t matter whether you are visiting mainland Tunisian or a separate island such as Djerba, the food is always something that you should take advantage of.

Unsurprisingly, fresh fish is always recommended, while if you really are looking to sample something from the local cuisine then a Casse-Croute Tunisien (also known as a Tunisian sandwich) or Salade Mechouia (mixed grilled vegetables) are a couple of dishes that arrive recommended.

Le Petit Crustace in the Ajim area has one of the best names around and if you are keen on fish, this is unquestionably the place to go.